Can Progression of Glaucoma be Slowed by Regular Exercise? 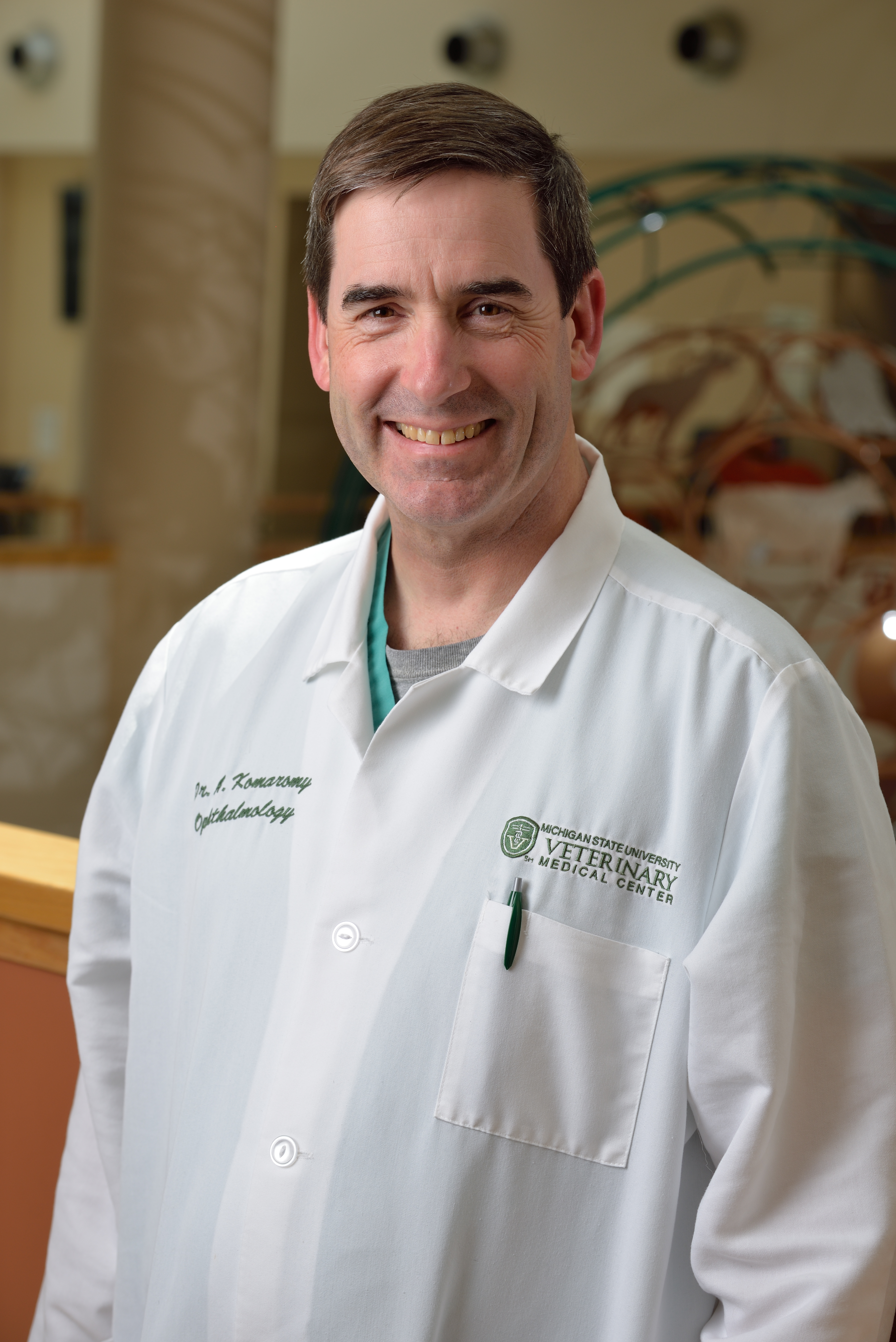 To test the hypothesis that regular exercise results in intraocular pressure-independent slowing or prevention of retinal and optic nerve degeneration in a clinically relevant canine glaucoma model.

Our Specific Aim to test the beneficial effect of regular exercise on glaucoma progression in dogs consists of three objectives: Our primary outcome measure (Objective A) will be the preservation of neural tissues, measured by high-resolution optical coherence tomography scans, but we will also develop functional, visual electrophysiological (Objective B, photopic negative responses of electroretinogram), and (Objective C) metabolomic biomarkers of exercise-related neuroprotection, which can be translated directly into clinical application due to their non-invasive nature.

This is one of the first studies investigating neuroprotection in a well-established, natural large animal model of open-angle glaucoma with clinical endpoints immediately transferable to human trials. Lifestyle interventions are a novel approach to complement current intraocular pressure-lowering therapies to achieve a more effective therapeutic outcome. The metabolomics will provide new mechanistic data to drive the development of exercise mimetics. The biomarkers tested in this proposal can be directly translated into human clinical trials.

Owing to the close physiological and anatomic similarities between canine and human eyes, including open-angle glaucoma disease phenotype, and because no regulatory approval by the US Food and Drug Administration (FDA) is needed, the results could significantly impact treatment and disease progression in humans, as additions of regular exercise could be easily translated from dogs to humans. In addition, we anticipate the results will generate useful leads and targets for future neuroprotective therapies by establishing metabolomic biomarkers of glaucomatous neurodegeneration.