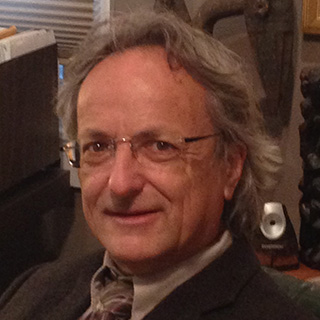 My primary research interest is the study of the sites and mechanisms of disease action in inherited eye diseases, including retinitis pigmentosa, AMD, and Stargardt disease. Using electrophysiological and psychophysical techniques, in my clinical laboratory I have been evaluating patients with diseases of the retina and known genetic abnormalities to better understand how specific gene mutations result in the wide spectrum of disease expression. In addition, we use these same techniques to study the natural history of disease in humans and to evaluate therapeutic interventions as they emerge. In my animal laboratory, we study mice with retinal disease in order to identify new candidate genes that may be involved in human disease. In addition, since the underlying biological failures in ocular disease are frequently not known, particularly in those visual disorders that have heterogeneous genetic etiologies, another goal of ours is to gain an understanding of the site and underlying mechanism of disease action in humans by studying the patterns of responses obtained from mice in which the disruption of different cells or pathways in the eye are specifically targeted by genetic manipulation. By comparing the patterns of electrophysiological responses in human disease with the patterns of responses from rodents with targeted cellular disruption, we are able to test hypotheses about the underlying pathophysiology in human disease, thus furnishing a mechanism for the development of specific diagnostic tools that are sufficiently sensitive for early detection of disease. Our research is also directed towards finding new ways to assess therapeutic intervention, and towards achieving earlier and better diagnosis of clinical disease.

"We have seen many patients over the years with macular degeneration and other retinal diseases who have asked whether we could have done something to stop or reverse their disease progress, had we detected their disease earlier. The answer to this question requires that we reach back into preclinical stages of disease, and that in turns depends on the development of sensitive measures, whether they involve structural or functional changes to the retina, to detect disease before classic signs of disease appear. We are not there yet, but the project which BrightFocus is funding is an essential effort in this direction.  It is a high-risk project, but the payoff could be enormous if our findings are fruitful. We are very grateful to BrightFocus and its donors for providing the means to carry out this important project."