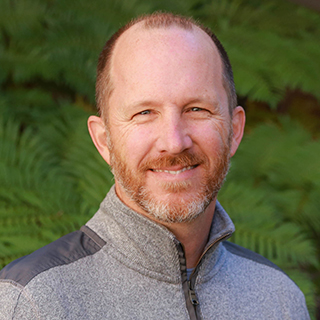 Patrick Daugherty, PhD, is a professor of chemical engineering, and biomolecular science and engineering at the University of California, Santa Barbara (UCSB). He received his B.S. degree in chemical engineering from University of Minnesota in 1993, and his PhD degree from the University of Texas at Austin in 1999. He was a senior research fellow at the Fred Hutchinson Cancer Research Center in Seattle during 1999-2001, before joining the chemical engineering faculty at UCSB in 2001. He is the recipient of a National Sciences Foundation Career Award (2005), Camille Dreyfus Teacher Scholar Award (2006), and ACS Young Investigator Award from the Division of Biochemical Technology (2007). Daugherty has founded multiple medical biotechnology companies, including CytomX Therapeutics (South San Francisco, CA) and Serimmune Inc (Santa Barbara, CA). In 2011, he was elected to the American Institute of Medical and Biological Engineering (AIMBE). Professor Daugherty’s research is focused on the study and detailed characterization of the composition and function of the human antibody repertoire.