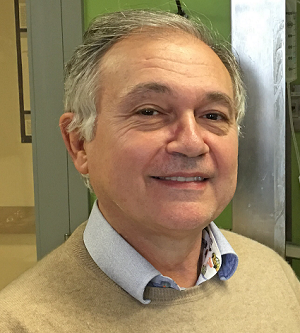 Dr. Ottavio Arancio received his PhD and MD degrees from the University of Pisa (Italy).   From 1981 to 1986, he took residency training in neurology at the University of Verona (Italy).  Dr. Arancio has held faculty appointments at Columbia University, NYU School of Medicine and at SUNY Health Science Center Brooklyn.  In 2004, he became a faculty member of the Department of Pathology and Cell Biology and The Taub Institute for Research on Alzheimer’s Disease and the Aging Brain at Columbia University.  His honors include the G. Moruzzi Fellowship (Georgetown University), the Anna Villa Rusconi Foundation Prize (Italy), the INSERM Poste Vert Fellowship (France), the AHAF centennial Award (2007), the Zenith Award (2007), the Margaret Cahn Research Award (2008), and the Edward N. and Della L. Thome Memorial Foundation Award (2010). Over the last 20 years, he raised more than $30 million in grant funding and published more than 100-peer reviewed manuscripts. Dr Arancio is a cellular neurobiologist who has contributed to the characterization of the mechanisms of learning in both normal conditions and during neurodegenerative diseases.  During the last 10 years, he has pioneered the field of mechanisms of synaptic dysfunction in AD.  More recently he has established a shockwave exposure mouse model for the study of traumatic brain injury. Dr. Arancio’s laboratory has focused primarily on events triggered by oligomeric proteins including amyloid-beta and tau.  These studies have suggested new links between synaptic dysfunction and dementia, both for understanding the etiopathogenesis of AD and traumatic brain injury, and for developing therapies aiming to improve the cognitive symptoms. Dr. Arancio has been featured on bigthink.com.   [https://bigthink.com/videos/alzheimers-is-not-genetic]