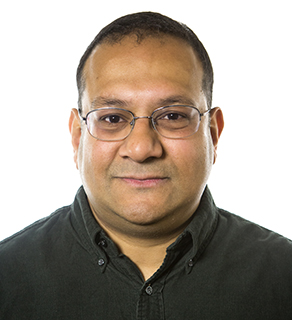 The Jackson Laboratory
Bar Harbor, ME

Dr. Kizhatil is an associate research scientist at The Jackson Laboratory. Dr. Kizhatil earned a PhD in microbiology and immunology at the University of Tennessee, Memphis, where he uncovered a new role for the cellular cytoskeleton in murine retrovirus entry. Using his initial finding as a template, other groups have found a requirement for the cellular cytoskeleton in entry of other retroviruses, including HIV. This early work was followed by postdoctoral studies at Duke University, where he identified a novel and conserved role for the membrane skeletal protein ankyrin in post-Golgi delivery of membrane proteins to the plasma membrane in epithelial cells and photoreceptors. Dr. Kizhatil has been an extremely productive scientist and has published several high-quality papers in peer-reviewed journals during both his graduate work as well as postdoctoral studies. At The Jackson Laboratory, he works closely with Dr. Simon John, a leading glaucoma researcher.

Dr. Kizhatil’s research is focused on identifying molecular pathways regulating intraocular pressure (IOP) elevation, a major risk factor for glaucoma. His studies have shown that Schlemm’s canal (SC) which is central in ocular fluid homeostasis, hence IOP, and thus is directly relevant to glaucoma, has a novel, specialized phenotype with properties that are a blend of blood and lymphatic endothelia based on expression of marker proteins of each lineage. His work also has made important advances in resolving a decade's old controversy about the developmental origins and developmental sequence of the SC. The paper describing these findings was honored with the Lewis Rudin Glaucoma Prize in 2015.

Determining the Neuronal Control of IOP