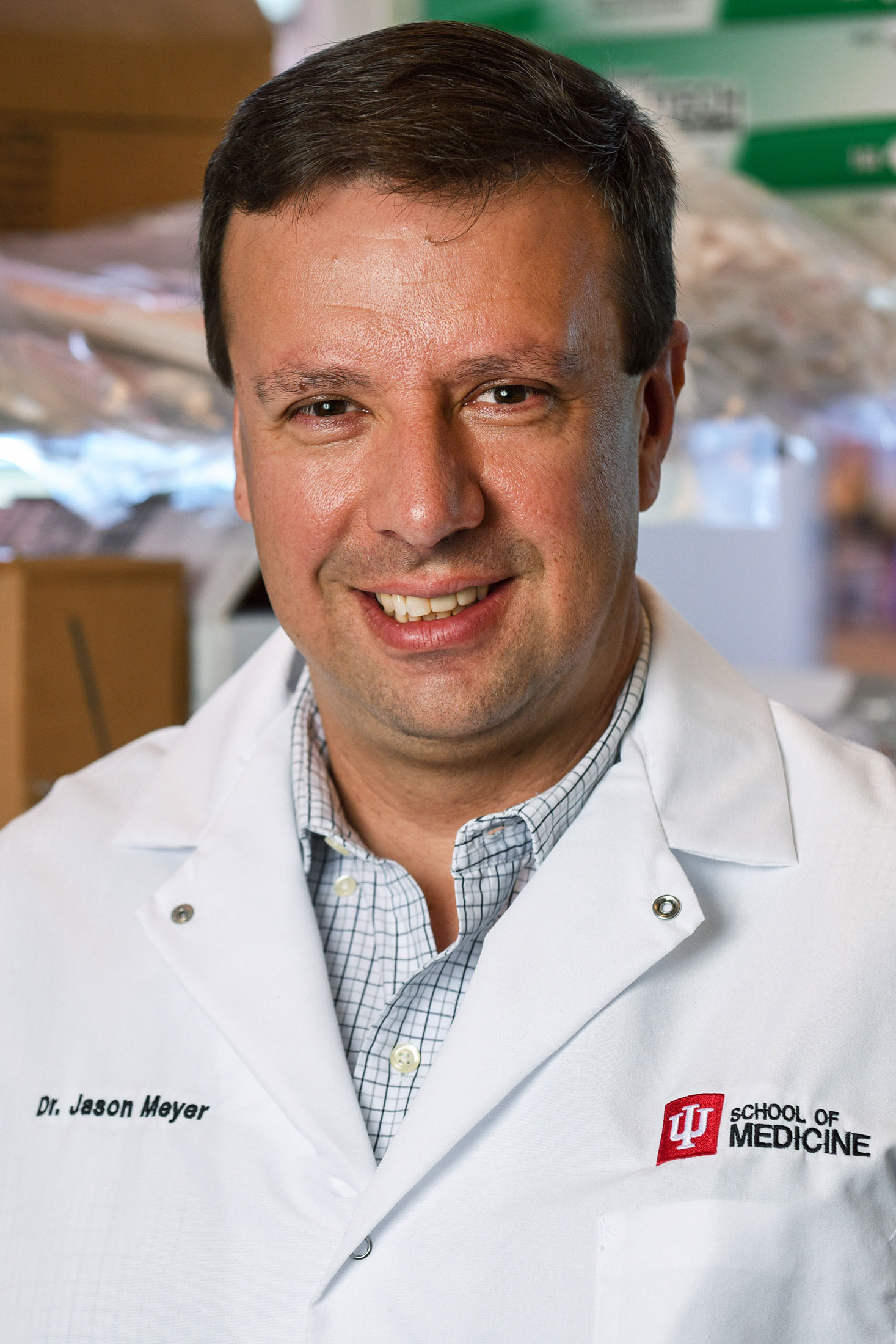 Indiana University School of Medicine in Indianapolis
Indianapolis, IN

Jason Meyer is an Associate Professor of Medical and Molecular Genetics at Indiana University School of Medicine, as well as a primary member of the Stark Neurosciences Research Institute. He received his undergraduate education at Colgate University, followed by his PhD from the University of Missouri-Columbia before pursuing postdoctoral studies at the University of Wisconsin-Madison. His research has pioneered the differentiation of three-dimensional retinal organoids from human pluripotent stem cells, and his lab currently focuses upon the differentiation of retinal ganglion cells as in vitro models of glaucoma through iPS cell reprogramming as well as Crispr/Cas9 gene editing. His lab is actively funded and has been supported by numerous sources, including the BrightFocus Foundation as well as the “Audacious Goals Initiative” from the National Eye Institute. He has also been the recipient of awards including the ARVO-AFER/Merck Innovative Ophthalmology Research Award, the Thomas R. Lee award from the BrightFocus Foundation, as well as awards for both graduate student and postdoctoral mentorship at Indiana University School of Medicine. Ongoing projects in his lab explore the use of these cells for studies of RGC development as well as mechanisms underlying neurodegeneration of RGCs associated with glaucoma.