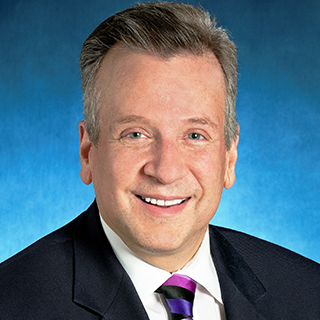 Dr. Brandt obtained his undergraduate education at Brooklyn College of the City University of New York and then went on to obtain his master’s and doctoral degrees in experimental and physiological psychology from Boston University. Since 1981, Dr. Brandt has been on the faculty of the Johns Hopkins University, where he is currently professor of psychiatry and behavioral sciences; professor of neurology; and director of the Division of Medical Psychology in the School of Medicine. He is also Professor in the Department of Mental Health at the Johns Hopkins Bloomberg School of Public Health and Director of the Cortical Function Laboratory at the Johns Hopkins Hospital. Dr. Brandt’s research focuses on the neuropsychology of memory and other cognitive disorders as they appear in Alzheimer’s disease, Huntington’s disease, and other dementia syndromes.  He has published over 320 articles and book chapters on these and related topics. Dr. Brandt is a Fellow of both the American Psychological Association and the Association of Psychological Science, and is board-certified by the American Board of Clinical Neuropsychology. He has served on the governing boards of the International Neuropsychological Society, the American Academy of Clinical Neuropsychology, and numerous editorial and professional advisory boards. Dr. Brandt was elected President of both the APA’s Division of Clinical Neuropsychology and the International Neuropsychological Society.