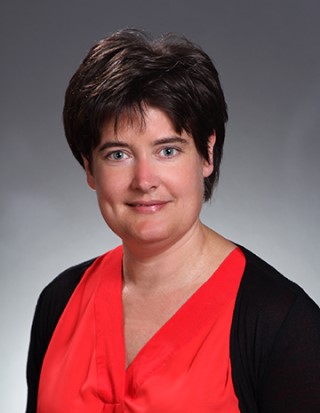 Dr. Anaclet has been studying the neurobiology of sleep-wake control since her graduate training in the laboratory of Dr. Jian-Sheng Lin at Claude Bernard University, Lyon, France, which is part of one of the oldest and most renowned sleep research groups founded by Dr. Michel Jouvet, a pioneer in sleep research. As a postdoctoral fellow in the Saper group at Harvard Medical School, first in the laboratory of Dr. Jun Lu (2008-2010), and then in the laboratory of Dr. Patrick Fuller (2011-2016), she continued to characterize the neural circuitry regulating sleep-wake control in rat- and mouse-based studies. Her studies emphasized the elucidation of sleep-promoting circuitry in the mammalian brainstem. During the course of this experimental work, she uncovered and characterized a new sleep-promoting area, the medullary parafacial zone. Though this area had been hypothesized to exist for 70 years, she showed for the first time that slow-wave-sleep (SWS, the deepest stage of sleep) can be induced and maintained by the activation of a specific neuronal population, which combines advanced molecular-genetic techniques and sleep-wake monitoring. In 2014 Dr. Anaclet was awarded the K99/R00 pathway to independence by the National Institute of Mental Health. In 2015 she was awarded the Young Investigator Award by Sleep Research Society. As of October 2016, Dr. Anaclet is an Assistant Professor in the Department of Neurobiology at the University of Massachusetts Medical School. In 2017 she was awarded the Top Alzheimer’s research grant by Coins for Alzheimer’s Research Trust (CART), allowing her to initialize the investigation of sleep enhancement in Alzheimer’s disease. The Anaclet lab is focused on understanding the molecular, cellular and circuitry basis of sleep control as well as the role of sleep in physiological functions and in Alzheimer’s disease.

Understanding the beneficial role of sleep in cognitive deficits