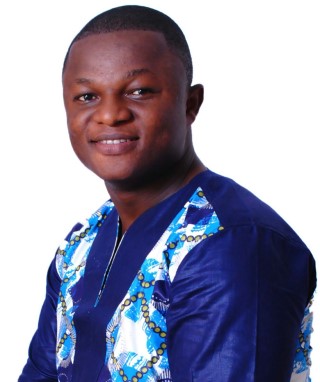 Presently, there is no simple way to diagnose Alzheimer's disease (AD) or to identify individuals likely to develop the disease in the future: current tests require expensive brain imaging or inconvenient puncture of the spine. To address these challenges, we have developed a high-performance blood test that measures a specific disease-related change (called phosphorylation) of a key Alzheimer-associated protein called tau. Initial clinical applications have shown that the new test accurately identifies AD patients and at-risk individuals from healthy patients and provides important insights into memory decline and brain shrinkage (both key processes associated with the disease) one year ahead. In this study, we propose to investigate, in three uniquely large patient cohorts recruited across three continents and closely monitored for up to a decade, if our new blood test can predict with high accuracy who is likely to develop AD several years ahead, to support early treatment, clinical management and recruitment for therapy trials.

Alzheimer’s disease has a long developmental process; it can take several years for cognitive changes to be detected. An ideal biomarker should be able to identify early biological changes in the different forms of AD (including sporadic and familial variants) and track the progressive stages of the pathology. This study will determine if an individual’s baseline plasma p-tau measure predicts future disease trajectories. Specifically, baseline plasma p-tau associates with (or provides important insights into) the following key disease characteristics: (i) clinical progression to Alzheimer dementia, (ii) longitudinal cognitive decline, (iii) increased brain tau and amyloid pathologies, and (iv) worsening neurodegeneration. This analysis will provide new insights into relationships between different Alzheimer biomarkers throughout the disease course. Furthermore, the dynamics of plasma p-tau in the late dementia stage when the neurons that produce this biomarker die due to extensive degeneration will be examined. This investigation is highly important, as it will help us understand changes in plasma p-tau production in the different disease phases. Lastly, this study will further evaluate potential resilience factors that delay or prevent disease progression in high-risk individuals. The uniqueness of this project lies in the use of a highly-sensitive and clinically validated blood test for Alzheimer’s disease. Longitudinal changes of this biomarker in blood samples taken from diverse patient cohorts will be examined. These cohorts consist of thousands of individuals who are very well characterized to confirm the presence or absence of Alzheimer pathology. These include cognitive assessments, cerebrospinal fluid biomarker analyses, brain imaging (including amyloid PET, tau PET and magnetic resonance imaging [MRI]), and genetic risk assessments. This study will lead to profoundly improved understanding of the time course of plasma p-tau across the Alzheimer disease continuum. The results will enable the clinical utilization of this highly effective blood biomarker as a diagnostic tool to detect underlying Alzheimer pathophysiology, to monitor clinical progression and factors that affect disease evolution. The knowledge gained from this project will be critical to the use of plasma p-tau results to guide participant selection and outcome measures in anti-Alzheimer therapeutic trials. Ascertaining the effectiveness of plasma p-tau for epidemiologic and population screening studies will be key to identifying individuals who may be at risk for, and resilient to, the disease. Finally, this blood test will vastly improve access to Alzheimer diagnostics in areas where neuroimaging and cerebrospinal fluid testing are either too expensive or are not readily available. Consequently, the study will 'democratize' access to Alzheimer testing worldwide, including in rural areas in developed countries and in developing countries without state-of-the-art facilities.