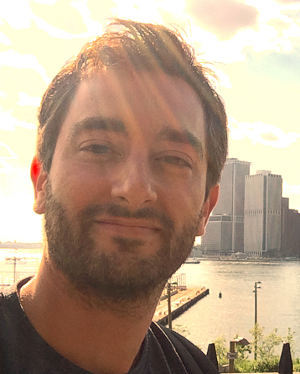 Neuroinflammation in the brain may be caused in part by neurodegenerative diseases such as tauopathies and Alzheimer’s disease. The brain’s resident immune cells, called microglia, are the resident “garbage disposal cells” of the brain and thereby play key roles in any inflammatory processes. Using a novel multiscale computational approach, a team from Mount Sinai identified the protein Tyrobp as a causal regulator controlling the garbage disposal actions of microglia. To understand the role of Tyrobp in tauopathies, we generated new genetically-manipulated tauopathy-model mice that are rendered deficient for Tyrobp. Characterization of these mice will help to determine how Tyrobp modifies inflammation and the progression of tauopathy, thereby greatly influencing this field of research.

The main goal of this project is to deeply investigate the involvement of Tyrobp, and thereby microglia, in tauopathy progression associated with Alzheimer's disease (AD).

The roles of microglia in the pathogenesis of AD are highly complex. While they have long been assumed to be invariably beneficial, it is becoming clear that microglia may be either helpful or harmful, with this response occurring alternately or even simultaneously. Heretofore, through an integrative network-based approach, members of our team in Mount Sinai rank-ordered network structures for relevance to AD, and highlighted Tyrobp (also known as DAP12) as a key regulator of immune and other microglia-specific functions in AD (Zhang et al. 2013).

Using crosses between Tyrobp-null mice and APP/PSEN1 mice (an amyloid model of AD), we recently established that Tyrobp deficiency is neuroprotective in a mouse model of early AD (Haure-Mirande et al, 2017). In this proposed project, we hypothesize that Tyrobp, as a causal regulator for multiple genes involved in microglia regulation, may be a key player during the pathogenesis of tauopathies. Using in vivo and in vitro approaches, we are currently evaluating the consequences of Tyrobp deficiency and overexpression in tau mice models.

This work will advance our understanding of microglial ability, via Tyrobp, to modify and/or regulate tau pathology progression. If our hypotheses are correct, we will confirm Tyrobp as a potential therapeutic target. We already identified several compounds that down-regulate Tyrobp and the experimental validation of these predicted drugs will help us to develop new therapeutic strategies focused on Tyrobp.